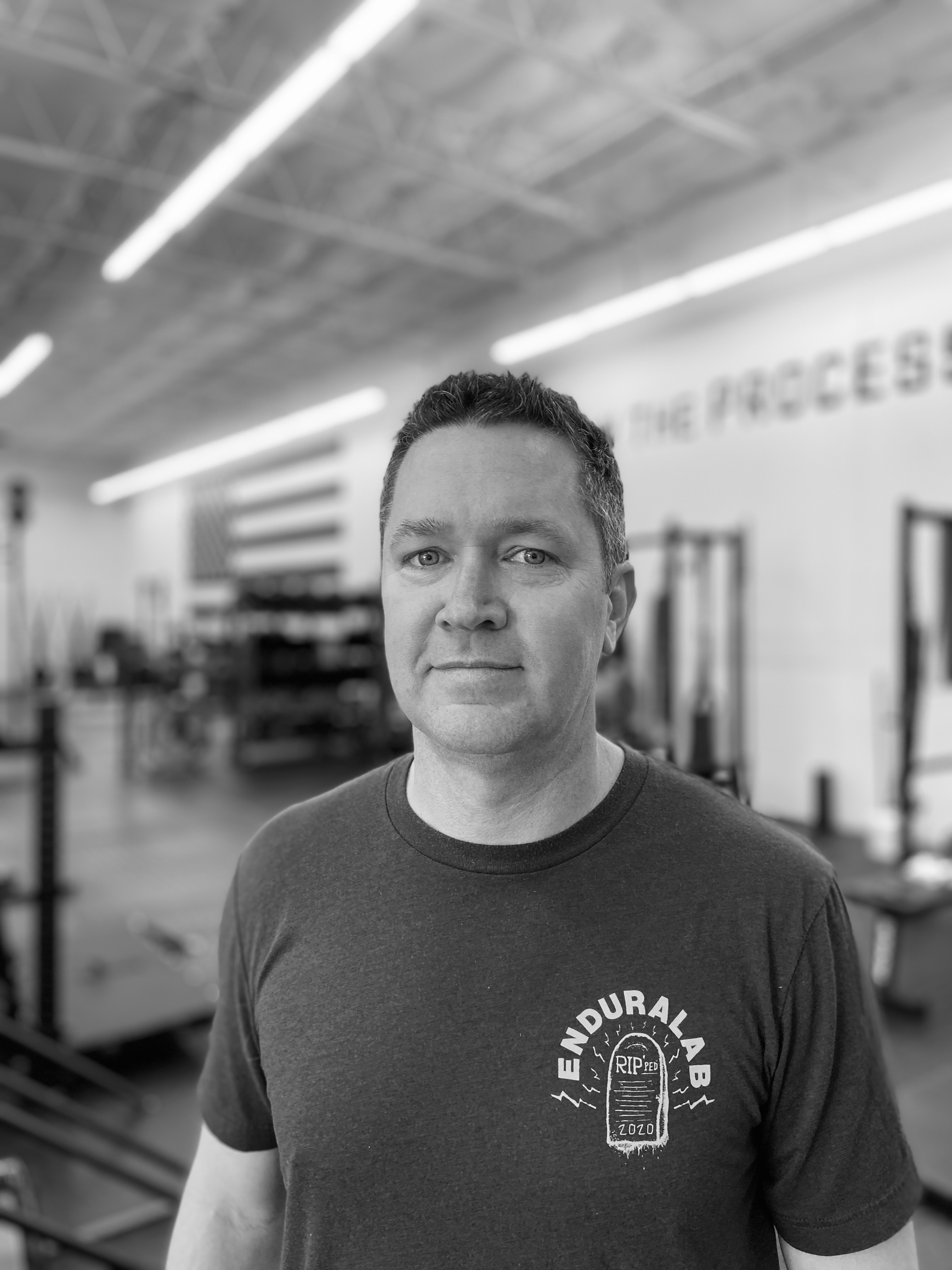 What brought you to enduraLAB? A few friends and I wanted to do this really cool endurance event called ‘29029: Everesting’ to honor a close friend that had just passed. He was an endurance athlete. I’d never done an endurance event before. I needed a trainer. About 5,000 people (including my wife and son) recommended Lee Hargrave. I gave him a shot. Now he can’t keep me away. None of the restraining orders held up in court.

What did your workout routine look like before joining the LAB? I worked out with a trainer some and was a regular on the cheeseball scene at LA Fitness. I thought I was in shape, but I did very little cardio. As it turns out, I really wasn’t in shape.

What healthy changes have you made since joining the LAB? The main thing is the cardio. I could barely run a couple of miles when I got there. Now these psychos have me doing 10-12 mile runs somewhat regularly. I joined the nutrition program also. I actually do what they say sometimes, and somehow that made me drop 15+ lbs.

Tell us what you do outside of the LAB? Along with my son, I have three daughters. I just sit around cleaning guns and buying ammo online.

How have you grown as an athlete since joining the LAB? First of all, I appreciate being called an athlete for the first time ever. I’d like to say that’s cheesy and irresponsible journalism, but these people actually build athletes. I literally hadn’t run since high school when I joined. In the last 14 months I’ve done a crazy endurance event called 29029, I did the Cowtown Half Marathon, and then a ruck event where you carry a heavy-ass bag for a full marathon... and in a few weeks, I’m doing a 25k trail run. The LAB took a dude in his mid-forties that could barely run and turned him into an actual endurance athlete. It’s such a cool thing to have this team challenge and support you to accomplish things you had no idea you could do. I’m actually considering a 50 mile ruck event in 2021. It’s insane that I’m at a point now where I think I could do it.

What is a goal you have set for yourself in the next 6 months? I’m hoping to win a modeling contract with a company like Speedo or Depends.

What is your favorite enduraLAB event or program? It’s all fun. The classes kick your ass, but you can’t help but love them.  I especially love the ruck club and the run club though. You get to meet so many cool people. And if you end up rucking or running beside someone that’s not cool, you just run a little faster and find someone else to talk to. It’s training, and it’s hard, but we’re all having a great time as we slowly die.

What advice would you have for a new person starting at enduraLAB? Try the ruck club. I had never heard of rucking before, and now everyone calls me a rucker. Or something like that. Anyhow, just try it.

Favorite cheat meal/restaurant in D/FW? The Cowtown Deluxe burger at Kincaid’s or any burger at Magnolia Motor Lounge. And sometimes I fill my tub with Joe T’s enchiladas and bathe in them.

Current read / podcast? I listen to true crime podcasts constantly. I could totally kill someone now. It’s all about establishing an alibi. That’s what I’m doing right now.

Pump up song?  Lee has really opened my eyes to K-Pop lately. I didn’t get it at first, but now we dance to it at every training session. My current favorite is ‘Boy With Luv’, by BTS. It really speaks to me.

Any final words or thoughts? No, I think that should cover it.

Competing in a Local Weightlifting Meet 101 - Part 1 of 3