Discipline is the Bridge Between Goals and Accomplishment: Spotlight on Michael Norris

I got into rucking because it was something different. It’s a low impact endurance type of event, and that's something I’ve always enjoyed. I'm not a power guy by any stretch the imagination; I swam long distances in college, so I’m more of an endurance athlete.

The Dallas 2018 GORUCK 50-mile Star Course was my first ruck competition. It was pouring rain. I was severely unprepared, and I ended up pulling out at about 26 miles into the race. I quit because my feet were so blistered due to the amount of water we had to walk through, poor training on my part, and just the overall lack of mental edge that I had at that point.

In the end, rather than letting Dallas set me back it served as a great motivator. It made me want to work harder, come back strong and crush the next event. That’s when Coach Lee and I landed on San Antonio and convinced three others to take on the GORUCK 50-mile Star Course in March 2019. Our dream team consisted of myself, Coach Lee, Kari Crow Seher, Coach Elizabeth and Coach Roman.

The premise for this ruck was simple: walk 50 miles with a 20-pound weight, plus supplies, and get done in the time cap of 20 hours. We ended up completing it in approximately 18.5 hours. Our goal was all five of us start, and all five of us finish. It's a very rare thing in the rucking world, and we did it.

Training for San Antonio involved miles, miles, miles and then more miles. A lot of people laugh because we would start our training rucks at midnight or 3:00 AM, but truthfully you have to get the miles in early so you can work, spend time with your family, and do other things at the LAB. I’m also a guy who doesn’t sleep a lot, so I’m okay with a late-night ruck.

Progressive distance training is also something we worked on during our training. This means you increase your distance incrementally rather than heading out for an arbitrary set distance each time. For example, we would build up to 15 miles and then once we were comfortable, we would increase to 22 miles. We continued to build and build in this way until the week of the event.

The issue of weight comes up a lot when being asked about training for a ruck event. I like to go above the weight requirements during training, so there would be times when I would carry 30 pounds and other times, I would carry 35-40 pounds depending on the distance. Intensity matters. Knowing that I had to carry 20 pounds in San Antonio, and ultimately again in Dallas, I really focused on the weight in my rucksack every step of the way.

THE PATH BACK: COMING OUT ON TOP!

Completing San Antonio felt great. It was a huge sense of accomplishment. I felt like it helped me to overcome the self-doubt I had after Dallas 2018. And you guessed it: I was also ready for more!

In fact, during the drive home, I remember telling Lee that we should do Dallas 2019. He agreed. I also suggested that we get some running in during the race, and he said it sounded like something we could do. We saw the guys in Washington DC finish the 50-miler in sub 11-hours, we knew that was a stretch, but we decided to set a goal of sub 15-hours for and we destroyed that.

As I said before, the road to San Antonio was all about getting in miles under the rucksack. Our goal for Dallas was more aggressive: we wanted to finish fast.

The primary difference in our training was that we ran a minute for every four minutes of walking, and we worked on that pace consistently. I also did not do heavy-heavy rucks, rather I kept the weight in my rucksack to about 20-25 pounds, which allowed me to keep the miles fast.

I will tell you that we never really sat down in Dallas until mile 20. In fact, all our breaks were taken as we walked up to the folks crewing for us, which was a huge benefit. The only time we took our rucksacks off was when we added more water or electrolytes to the bladder.

In Dallas we made great progress and, like I said, we destroyed our goal. It’s a true tribute to the programming and training at enduraLAB within the Ruck Club, Strength + Conditioning and ENDURABILITY.

I will say that one of the big differences between San Antonio and Dallas 2019 was how I felt after the race. I focused on mobility and recovery as part of my training for Dallas. During the race, I was careful to wear and pack the right gear. After the race, I got a massage and spent some time in the NormaTec Recovery boots.

The other important thing to talk about when it comes to endurance events is motivation. The 50-mile rucks take place through the night and it takes a certain amount of mental determination to keep going.

During most endurance workouts, I would say that I mentally make tick marks as I move though. With 50 miles you can't do that because when you get to mile 25 you are halfway home, but you also have 25 more miles to go. That can mess with your head. What got me though was the mindset that I was going to beat Dallas, and it wasn't going to beat me this year. Having Coach Lee as a partner was incredible. We told dad jokes, talked about random things, and listened to an eclectic mix of music on the speaker. I also believe that having that 1:4 cadence really allowed us to go through and get the work done quickly.

What’s next? I just completed the Ragnar Texas Relay; I’ve got the Rocky 50-mile trail relay coming up in February. From a rucking perspective, I think we are going to do a very heavy GORUCK 26.2-mile Star Course in March/April. From there, Coach Lee and I are going to Rucking World Championship in Washington, DC, in November 2020. 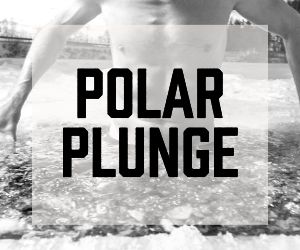